Our resident engineer, Keith Wilson, looks at some of British engineering heroes you may not have previously come across for our series supporting the Year of Engineering initiative. Continuing on from our previous posts on Alan Dower Blumlein, Sir John Turton Randall and Harry Boot, and Tommy Flowers, Keith takes a look at Joseph Swan...

It doesn’t sound like the most challenging of questions: who invented the light bulb? Thomas Edison of course! If you’ve ever taken even a passing interest in the history of technology, you’ll almost certainly have heard about his endless painstaking trials to find the right material for a bulb filament that would glow brightly but would last for a reasonable length of time before burning out. All good stuff and very likely true –except that it was more likely Edison’s assistants that did the donkeywork rather than the great man himself. 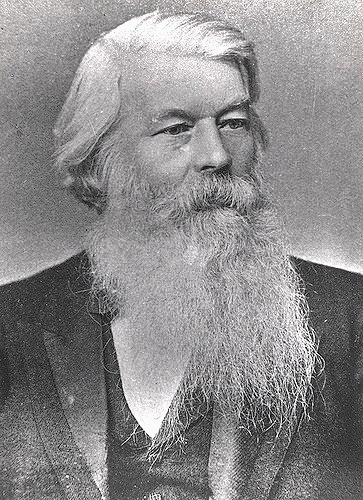 But Edison was not the only one to invent the light bulb! In England, Joseph Swan was working independently of Edison on producing a light bulb of his own and, in 1860, he was able to patent an early version. This, like most light bulbs until quite recently, was based on a filament heated by an electric current, operating in a vacuum.

Because he couldn’t obtain a good enough vacuum, Swan’s early light bulbs weren’t practical devices, but in 1875 he tried again with the improved vacuum technology then available. As a result, on 3rd February 1879, he was able to demonstrate a working incandescent light bulb to a large audience at the Literary and Philosophical Society of Newcastle upon Tyne.

Shortly after, Swan was granted a patent for his improved light bulb but, at about the same time, Edison patented his version. There were detailed differences between the bulbs – Swan used a cellulose filament, for example, while Edison used bamboo – but there was a lot of common ground, so what was to be done? At that time, long debilitating patent battles over new technology were by no means unusual but that’s not what happened in this case.

Amazingly, Swan and Edison, probably both realising the strength of each other’s patents, agreed to co-operate and to establish the Edison & Swan United Electric Light Company. Possibly because that’s a bit of a mouthful, the company used the brand name Ediswan. The company produced light bulbs for many years – certainly well into the 1950s – and also diversified into the manufacture of valves (tubes, if you're from Edison country) for radio and television applications. 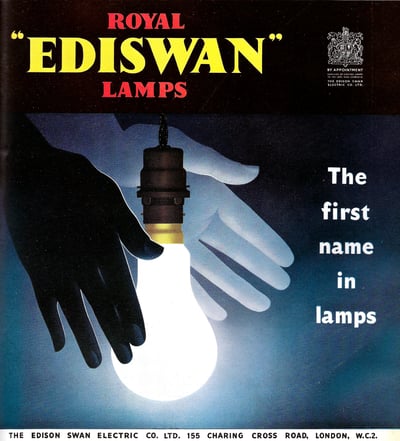 Swan may be a lot less famous than Edison, but he can hardly be described as one of those heroes of engineering and science that failed to receive due recognition. He was elected a Fellow of the Royal Society in 1894, and ten years later in 1904, he was knighted. He died in 1914 but his legacy of the practical incandescent electric light bulb has shed light on our lives for much longer.