Don't touch that off switch!

Our resident engineer, Keith Wilson, looks at some of British engineering heroes you may not have previously come across for our series supporting the Year of Engineering initiative.

Thanks to widespread press coverage of his ultimately tragic life, and to the success of the film “The Imitation Game”, most people have now heard of Alan Turing and his contribution to the code-breaking projects at Bletchley Park during the Second World War. But there’s another Bletchley Park hero who is far less well known – Tommy Flowers, whose insights and perseverance helped lay the foundations of modern computing. 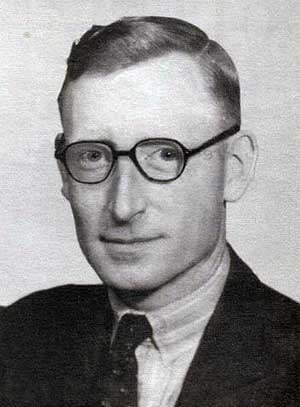 It’s widely known that a machine called The Bombe was used at Bletchley Park to decode the German Enigma military cipher, but Enigma was only used for ordinary operational messages. For top-level communications, the Germans used the much more complex Lorenz cipher. The Bombe, a relay-based electromechanical device, could not decode Lorenz.

To solve this problem, workers at Bletchley Park developed a different machine entirely – Heath Robinson – which relied on simultaneously scanning two punched paper tapes. It worked, after a fashion, but the problem was that the tapes often broke and the synchronism between them, which was essential for the operation of the machine, was hard to maintain.

Enter Tommy Flowers, a London-born engineer who worked for the British Post Office, which at that time operated all of the UK’s telephone systems. Flowers had been called in to help with the design of Heath Robinson, but quickly realised that a much better solution would be to build an all-electronic computer, with no moving paper tapes to break. But there was a snag – the computer would need around 2,000 valves (vacuum tubes). Transistors weren’t an option for the very good reason that they hadn’t been invented!

Unfortunately, valves of that era were among the least reliable of electronic devices. Because of this, Flowers’ bosses were reluctant to divert scarce resources to building a machine they were sure would break down every few minutes when a valve failed. However, Flowers knew from his experience of working with valves in telephone exchanges that the most likely time for them to fail was the moments when they were switched on or off. The logical corollary was that, if the power to his machine was never switched off, its valves would work reliably for a very long time!

After many struggles with “those who knew better” and even spending a large amount of his own money on private development work, Flowers was finally given permission to proceed with building his electronic computer – for that is what it was – for deciphering the Lorenz messages. The result was Colossus, which was arguably the world’s first fully electronic computer – although it has to be admitted that there are other claimants to this title.

Ultimately, ten Colossuses (or should that be Colossi?) were built. Among their many successes was the deciphering of a German message in June 1944, which stated that Hitler had no plans to move troops to Normandy, thereby giving a green flag for the D-Day landings to go ahead.

At the end of the war, eight of the Colossus computers were destroyed so that the strict secrecy surrounding them would not be compromised. The two remaining machines were moved to GCHQ, the headquarters of British Intelligence, where they were in use until about 1960. That means the computers developed and built by Flowers and his team had working lives of around 15 years, which puts most of today’s computers to shame! Perhaps valve reliability wasn’t so much of a problem after all!

Flowers was awarded an MBE in 1943 but, partly because of the extreme secrecy that, until the 1970s, surrounded his wartime work he received little other recognition for the immensely important contributions he made to the development of electronic computing. Nevertheless, he was a true engineering hero and, while it would be exaggeration to say that he made the D-Day landings possible, the decrypts provided by his machines certainly gave a great deal of comfort and guidance to Eisenhower and his staff as they planned and executed that world-changing invasion.

Read about Alan Dower Blumlein - the man who made sound